December 2018 saw the celebration of 20 years of constitutional ligation on children’s rights in South Africa, following the inclusion of a dedicated children’s rights clause in the landmark 1996 Constitution, which laid the foundation for the transition from apartheid to democracy.

The UN Committee on the Rights of the Child continues to recommend to State parties to consider enshrining children’s legal rights at the apex level of law, and there is some interest in, for instance, Germany, in pursuing such an approach. When explicit reference to children’s rights is included in national constitutions and prevails in cases of conflict, it can provide binding standards for legislative, policy, and regulatory measures.

Since the adoption of the CRC, thirty years ago, a growing body of jurisprudence in domestic courts has served to illuminate the challenges and limitations. Constitutionalised, children’s rights become an important frame of reference for the formulation and implementation of legislation and “strengthen children’s standing before the courts”. According to Dr Conor O’Mahony, “the absence of specific constitutional protection for children’s rights can be the very reason for the subordination of children’s interests to those of adults”. In countries where rights have been constitutionalised, they “infuse a dynamic and expanding field of judicial activity”. In 2013, the Venice Commission of the Council of Europe was seized by the Committee on Social Affairs, Health and Sustainable Development with the question of “how can children’s rights be included in national constitutions with a view to thus promoting their effective implementation?” The Venice Commission undertook the study on the protection and promotion of children’s rights at the constitutional level and adopted its final report at the Plenary Session in March 2014.

The Venice Commission acknowledged that the CRC embodies the recognition of children as rights-holders and constitutes the “baseline in international law of the protection of children’s rights.” It opined that: In general, constitutions that express children’s rights in a manner reflecting the indivisibility of rights, enshrining the general principles of the CRC and recognising the status of children as rights holders with an entitlement to have those rights upheld against the state, are those which attain the highest degree of compliance with international norms.

It accordingly recommended, inter alia, that Council of Europe Member States should provide constitutional guarantees by:

The Venice Commission report was notably based, inter alia, on the comments and observations of the UN Committee on the Rights of the Child, which, as mentioned, has emphasised the importance of constitutionalising the rights of the child. This symposium attempts to address the international understanding of children’s rights domestication through constitutionalisation, and provide a springboard for a more in depth and informed approach.

The symposium is organised by the Department of Child Law at Leiden University, Leiden Law School, at the occasion of the 30th Anniversary of the UN Convention on the Rights of the Child. 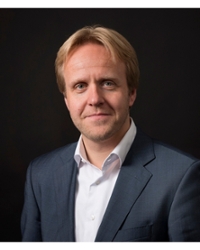 Do you have questions about our products or services? Contact us!